Angie/Quartz is a fanon coupling, which involved a clumsy porcupine Quartz and a shy bunny Angie. They are already confirmed to be a couple since BlueTide's 2016 comic, Zorf's Story, and begins to have fanarts of them together. The creator also said that Angie and Quartz are "already old canon coupling before" and want people to not ship Angie nor Quartz with other characters besides each others. 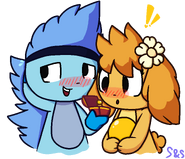 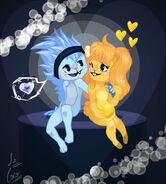 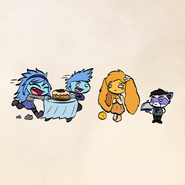 Add a photo to this gallery
Retrieved from "https://happytreefanon.fandom.com/wiki/Angie/Quartz?oldid=377215"
Community content is available under CC-BY-SA unless otherwise noted.