Bastion is a grey rabbit with long protruding ears and darker markings across his body, notably his hands and feet; He also wears a green bandana around his neck. He seems to be stupid, but still retains some intelligence. He possesses a seemingly higher authority than others and uses this towards the safety of himself and others, usually resulting in injury or even death.

Bastion loves mysteries, and creepy places. Bastion is very nice, as he tried to save Sniffles's life before. However, when it comes down to it, he chooses to save his own life instead of saving others. His stupidity may also cause his death or the death of others in his attempt to save himself or others.

He has a fascination for sports, especially golf. However, his fascination often results in a large number of deaths. He enjoys the outdoors, especially when he is with his friends. Because of his generosity, he has many friends. One of his closest friends is Cryptie.

Bastion also has a pet egg as revealed in Over Easy. It is unknown what animal laid that egg because not even Bastion is sure, but it may be revealed later on. He was also shown to have a pet crow in The Spook-E Crew

A rough picture of Bastion 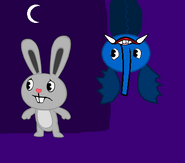 Bastion about to be killed by Count Trunkula 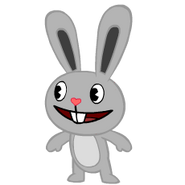 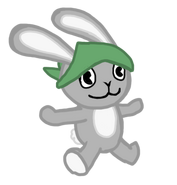 Another Previous Redesign
Community content is available under CC-BY-SA unless otherwise noted.