Happy Tree High (HTH) is a fanfiction doujin drawn by Chamachama (Chama-san/Chama). It is a series of random short comics and sections involving the Happy Tree Friends characters, while taking place in high school. Several characters make appearances in this series, but the most common characters are: Flippy, Flaky, Nutty, Lifty, Shifty, and Splendid.

Though this series has many random moments, it mostly follows as love triangle between Flaky, and best friends Flippy and Nutty. Throughout the series, Flaky shows to have strong emotions towards Flippy, but because of his reluctance to admit his emotions, Flaky now and then finds comfort with Nutty. While the story of this love triangle plays out, it also shows Splendid also having emotions for Flaky, but keeps his distance, it is also shown that he is jealous of how close Nutty and Flippy are to Flaky.

Chama tried his best to give each character a personality similar to their TV series counterparts.

The series has shown on several occasions the five main friends Flippy, Nutty, Flaky, Lifty, and Shifty hanging out after school, whether on or off school grounds. Sometimes they are accompanied by Splendid in there random acts. But they have mostly had moments where they are apart of form of activity. 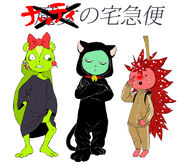 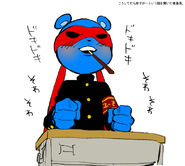 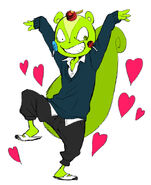 Flippy and Nutty at Kendo 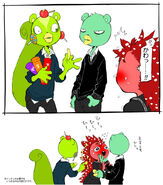 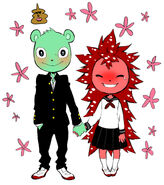 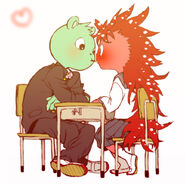 What I will do 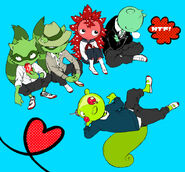 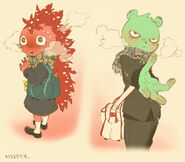 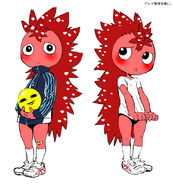 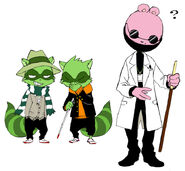 Tuck It In
Add a photo to this gallery 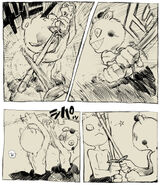 Tell Her extra
Add a photo to this gallery 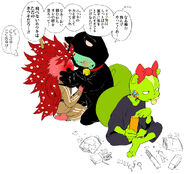 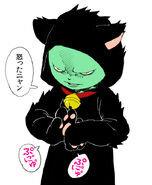 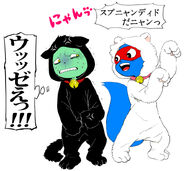 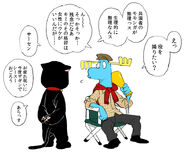 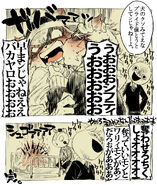 Club Games part 13 (End)
Add a photo to this gallery
Retrieved from "https://happytreefanon.fandom.com/wiki/HTH:_Happy_Tree_High?oldid=385247"
Community content is available under CC-BY-SA unless otherwise noted.