Henry is a fan character.

Henry is a very clever deer. He loves wearing his boots, He says they are comfy. If he takes them off, its bedtime for him. He made his debut in Dart Attack.

Henry on the badge, Explorer.

Dead Henry in a mud puddle 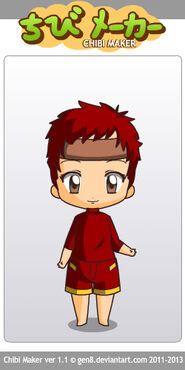 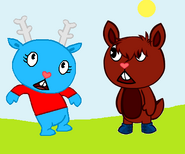 Henry with Kendall
Add a photo to this gallery
Retrieved from "https://happytreefanon.fandom.com/wiki/Henry?oldid=320380"
Community content is available under CC-BY-SA unless otherwise noted.