Tangles and most other snakes

Giggles (Hose it Off)

Hiss is a fanon character of HTF.

Hiss is a blue mongoose who wears a necklace and hat decorated with snake fangs. He has a hobby of hunting and collecting snakes, since he believes they are all pests or killers.

Hiss is shown to be paranoid, crazy and somewhat gullible. He may mistake certain things for snakes (scarves, socks, ropes, etc.) and lose his mind. He is determined to capture any snake in sight or anything that looks like a snake, occasionally including other characters. 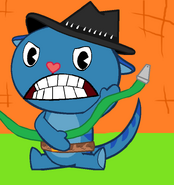 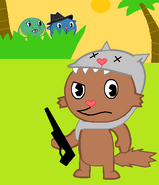 Hiss and Tangles hiding from Poachy 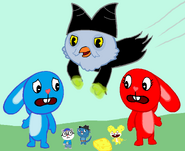 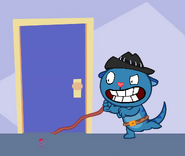 Add a photo to this gallery
Retrieved from "https://happytreefanon.fandom.com/wiki/Hiss?oldid=367271"
Community content is available under CC-BY-SA unless otherwise noted.