Hornless is a gray rhino with no horns because Poachy cut them off. He also hates poachers. If he sees a poacher, he triggered (formerly flipping out) out. He also fears medical-related things because he worries that they could have rhinos in it.

Hornless will survive a lot yet will also die a lot. His survival-death ratio is 50/50. 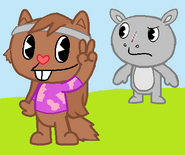 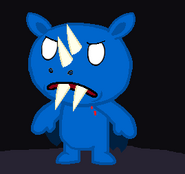 Hornless as a vampire 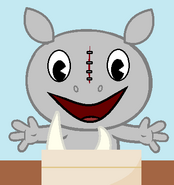 Hornless finds his horns
Add a photo to this gallery
Retrieved from "https://happytreefanon.fandom.com/wiki/Hornless?oldid=408003"
Community content is available under CC-BY-SA unless otherwise noted.