Ice Pack is a HTFF Character.

Ice Pack is a polar bear who is tan except for his torso and around his eyes. He also wears a bag of ice on his head.

No matter where he is, Ice Pack always feels hot and tries anything possible to cool off, usually bringing deadly consequences for others. People may also slip over the trails of ice his bag leaves behind.

With a fear of global warming, Ice Pack has prepared himself for what he believes is an upcoming apocalypse. His home is filled with flotation devices and scuba gear for in case the sea levels rise. He is known to go around warning people about the calamity and telling them to follow his advice. 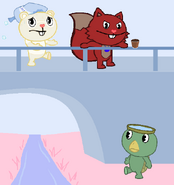 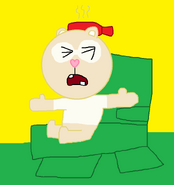 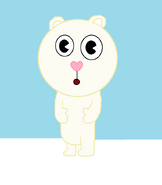 HowlLuna2016 version
Add a photo to this gallery
Retrieved from "https://happytreefanon.fandom.com/wiki/Ice_Pack?oldid=380819"
Community content is available under CC-BY-SA unless otherwise noted.