Start a Wiki
PePe is a character made by TheCoolWikiDude.

PePe is Flaky's older brother. PePe is a red porcupine like the rest of siblings. He wears special undergarments. Originally they were simple slip ons but staring in the 5th episode of Season 4 of Happy Tree Friends; Hawaiian Style, his special undergarments were redesigned to have Velcro tabs on them so he can fasten and refasten them. Starting in the 2nd episode of Season 2 of Happy Tree Friends Hawaiian Style, PePe wears a denim blue vest as the creators wanted him to appear more casual and not to have him being around only in his special undergarments all the time. He is scared like Flaky but he seems to be lending a helping hand to others. He also likes kick boxing and taekwondo and TaeBo. He also likes other sports including surfing, motocross and volleyball. He also teaches sports classes at the community center in the gym. In the first 2 seasons of Happy Tree Friends Hawaiian Style, he had incontinence as whenever something startles him, he would wet himself hence the reason he wears special undergarments. In season 3, he is cured of his incontinence but still wears his special undergarments just in case of an accident. His personality also changes as he becomes normal. Now whenever something startles him, he does a face palm. 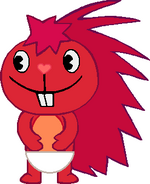 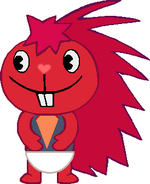 PePe with his vest 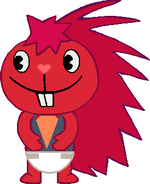 PePe's current appearance
Add a photo to this gallery
Retrieved from "https://happytreefanon.fandom.com/wiki/PePe?oldid=354685"
Community content is available under CC-BY-SA unless otherwise noted.