Start a Wiki
Scratches is a character from Aussie Outback Friends.

Scratches is a light blue bilby with a lazy eye and three long hairs on his head. Hence his name, he is constantly seen scratching himself due to his severe flea problem.

He is a hyper character who often moves by jittering and makes fast chatter-like noises when he talks. His flea problem is such a big issue, that he will go crazy and try just about anything to relieve his itchiness, such as in his debut appearance Itching to Know, where he spends all of his money on a backscratcher and shampoo and later skins himself by rubbing against Prickles' quills. 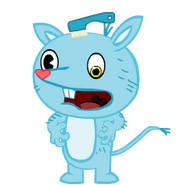 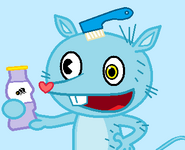 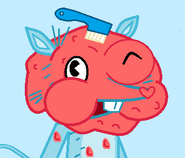 Add a photo to this gallery
Retrieved from "https://happytreefanon.fandom.com/wiki/Scratches?oldid=384740"
Community content is available under CC-BY-SA unless otherwise noted.