Super Flippy World is an unfinished fan game as well as a fanfic created by Vierzbanator on deviantArt. The progress is currently unknown, but it might be cancelled, as there are no news related to this game and fanfic.

This fan game looks more like a crossover game, as this contains not only Happy Tree Friends, but also Warrior Cats (or just Warriors) and the world is set in Mario universe.

Flippy obviously stars in this game. His main enemy is Cloudpaw, a character from Warriors.

Super Flippy World is more like a Super Mario World hack, rather than a fan game made from scratch. Because of this, the gameplay mechanics from the original game still remain in this fan game. For example, Flippy can increase/decrease in size, obtain power-ups, stomp on enemies, etc. Also, many of the original Mario enemies and allies still remain in this game (for example, Yoshi).

As for the game's objective, Flippy must travel through levels and defeat bosses in order to rescue Flaky, who was kidnapped by Cloudpaw. 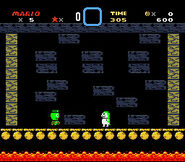 Flippy meets Dawn, a tree friend. Note that the "Mario" name is still displayed instead of Flippy's name. 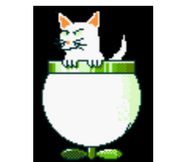 Cloudpaw
Add a photo to this gallery
Retrieved from "https://happytreefanon.fandom.com/wiki/Super_Flippy_World?oldid=92586"
Community content is available under CC-BY-SA unless otherwise noted.