Start a Wiki
The Tiger General is a blue tiger and is Flippy's enemy in W.A.R. Journal - Operation: Tiger Bomb who commands the Tiger Soldiers. He has a minor villain monocle and a metallic clamp in place of one of his hands that can cut through flesh and bone in one slice. His base is the Tiger Base, located deep within the jungles. He was planning to bomb something at the beginning of W.A.R. Journal - Operation: Tiger Bomb (hence the name "Tiger Bomb"), but his plan was foiled when Flippy, Sneaky, and Mouse Ka-Boom attacked his base. He eventually dies in a battle with flipped out Flippy. Amazingly, he actually puts up a strong fight against flipped out Flippy, perhaps the only tough fight flipped out Flippy will ever have. 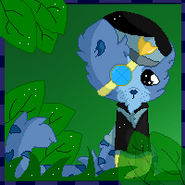 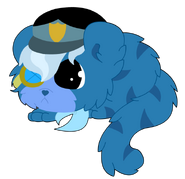 red and orange tiger
Add a photo to this gallery
Retrieved from "https://happytreefanon.fandom.com/wiki/Tiger_General?oldid=330393"
Community content is available under CC-BY-SA unless otherwise noted.