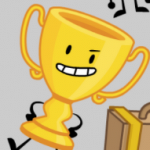 I'm Ness, but you can call me Owl, or Beta. I'm 17. I used to be an admin, but I went inactive for a long time. You can use my fan characters for whatever you want, just don't claim that they're yours.

Komaeda (Super Dangan Ronpa 2)
Add a photo to this gallery

Tickle
Add a photo to this gallery

Retrieved from "https://happytreefanon.fandom.com/wiki/User:Betapekoyama?oldid=374515"
Community content is available under CC-BY-SA unless otherwise noted.