and I see you guys still support 1me as if she did nothing wrong, and that we were lying about her... theres a lot of evidence on htff that we were abused... and the fact that you guys are supporting her despite the fact she abused us and admitted it, yet you don't believe it, is just pouring more salt on my open wound cuz I was abused when I was a kid.

i'm done.. i'm done... I know I said this before, but i'm done... this place makes me sick. I'm tired of the mods promising to change this wikia, yet the change never comes, or the change wasn't beneficial to our community.

Not only that, but we can't express our opinions, or our true selves. Cuz people will say we are harassing them and we will be silenced and/or attacked by the community. And the community doesn't care about our opinions, cuz they support 1me still saying that she did nothing wrong even though we told the community she was abusive to me and af, and she said so herself.

And we can't even give out criticism to people's content or a person's choice cuz the community will see that as making the person suffer, or attacking the user. I'm going on af's htf wikia. Cuz there, its more friendly and it allows people to be themselves and express their feelings, opinions, and emotions without fear of being targeted. 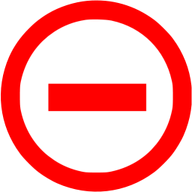