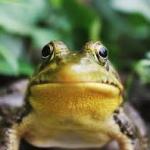 Aight let's get this over with.

The name is Frog, I draw sometimes, and I lost my gender in "The Incident" (aka I use they/them pronouns till further notice)

I also became interested in HTF (again) after discovering this wiki, which seems like a pretty neat place so far.

Retrieved from "https://happytreefanon.fandom.com/wiki/User:FrogFriend?oldid=369572"
Community content is available under CC-BY-SA unless otherwise noted.