Griffy is a yellow giraffe with green spots, green shirt, and green boots. He's based of Cuddles as he likes doing jump rope, and races. He secretly hasa crush on Zetty.

Zetty is a zebra with a pink skirt, pink stripes, pink boots, socks, and a strawberry on her head. She's based off Giggles she likes swimming, skating, and sniffing flowers she then doesn't know Griffy has a crush on her. She's best friends with Hunny. She can also be based of The Mime since she likes doing tricks. Her deaths often involve her getting electrocuted by lighting the same with Griffy

Pygm is a purple pygmy hippo with pink freckles. He is well caring for his teeth and is also usally seen swimming around lakes. He's based off Toothy.

Elson is a blue elephant with yellow tusks, yellow toe nails, and yellow finger tips. He also lost one of his tusks in an unknown accident. He is a dumb character but a strong character as well he also has great memory but makes bad actions. He's based off Lumpy.

Hunny is a dark blue honey badger who wears a yellow dress and a flower and likes cleaning or sometimes eating honey. She's based off Petunia although, unlike Petunia, she can be messy at most times when it comes to her favorite food, honey.

Raarkles is an orange aardvark who likes playing maracas and other instruments. He's based of Sniffles unlike the other Sniffles-sues. His mouth and nose is at the end of his snout, he is also has a good sense of smell. He tries to eat ants/termites but they kill him in a rough matter.

Pangle is a green pangolin who is a shy type and cowardly character. She's based of Flaky Like real pangolins if she is surprised or frighten she will curl into a ball to protect herself.

Chip is a red chimpanzee who loves eating any types of fruits. He's known to mistake grenades for pears, bananas for venomous snakes. Like real monkeys his favorite fruits out of them all are bananas. He's based of Nutty.

Flingy is a pink flamingo with a dark blue floatie and dark blue fins, he spends his entire day in lakes. To other characters he looks cheerful on the outside but on the inside he is actually sadistic. He's based of Quacko

Boulder is a light green rhinoceros that wears a though green armored type shirt to protect his torso. And as said from his name, he likes collecting rocks and sometimes bashing boulders. His deaths may involve his face getting bashed in the face by rocks or him losing his horn. His horn is a little injured so he might be able to bash small rocks. He's based off Handy.

Croco is a dark green crocodile. He is not the friendly type character that plays fun and games. He is most likely aggresive and will flip out if another character is near his swamp. He doesn't flip out and kill the character but the warns the character to stay away from him and his swamp.

Oris is grey green baby ostrich with a pink tutu. She likes eating sweets, playing video games, or sometimes even playing with Elson's organs. While his father is named Ory, she tries to keep her safe away from the dangers in Africa. Her true dangers are spiders, venomus snakes, mostquitos, and crocodiles. She's based off Cub.

Ory is a grey green ostrich with a pink tutu while her son is Oris, she tries to keep him safe from harmful things in Africa but her kills involve her daughter or maybe even other characters, he is also known to eat corn and often choke on them causing her death. She's based off Pop.

Cample is an orange camel with a bump down back. He is always seen dancing or listening to music, he will try to impress girls but fails to do so. He's based off Disco Bear.

Lezzy is a yellow lion with an orange mane. If he ever gets hungry or sees another character get injured he is known to flip out and brutally mual the character. Like real lions he can camofloudge with the African savanah meaning he can easily sneak up on his victim and snap their necks. By sunset he will turn back to normal. He's based of Flippy.

The Meerkats are small orange meerkats with brown stripes on their backs and tails. They live underground with their mother named Mena. Most of their deaths involve them being hugged or crushed to death.

Meerky is the meerkat with a red orange cap. He likes playing sports.

Memey is the meerkat with a red bowtie and a red skirt. She likes being cute.

Meerksy is the meerkat with dark orange freckles and long buck teeth. He takes good care of his teeth.

Meerka is the meerkat with a flower on her head who likes to be clean.

Mena is a small and tall meerkat with an apron with a heart on it. She is the mother of The Meerkats and takes good care of them. She usally likes cooking or sleeping. she technically known to be similar to Giggles' Mom.

Creepy and Crifty are grey civets. Creepy is the one with yellow eyes and yellow ringed shapes on him. While his brother named Crifty has blue eyes and blue ringed shapes on him as well, both of the characters are known to stay up at night and steal properties from other characters. They're based of Lifty and Shifty.

Cresto is a wild Crested Porcupine with wild eyes and white lines down his quills. Cresto is an extremely wild and cowardly character as he fears almost everything that happens around him. As seen from his actions, he appears to be based of Nutty and Flaky.

Gerneric Safari Friends are most likely background characters for most episodes. They are technically visitors as they don't really live in Africa like the rest of the characters.

Many people are probably wondering what is Quacko doing in Africa. No one knows although he appeared in HTFF episodes. He might appear in an actuall episode of WSF as a featuring role or appearance.

Slither is a green cobra with an orange pot on his head with a flower in it, a yellow stomach and sharp teeth. He tries making friends although characters are usually scared of him since he accidentally spits out venom whenever he talks 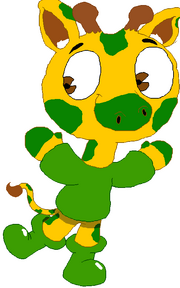 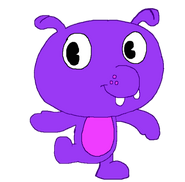 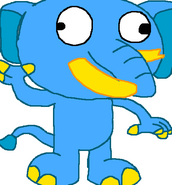 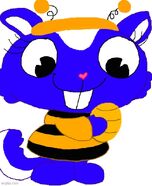 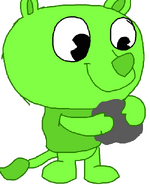 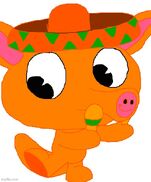 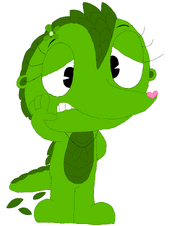 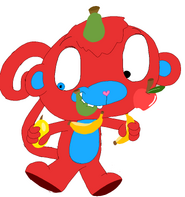 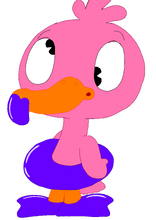 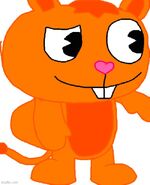 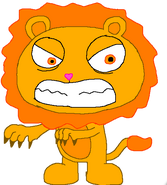 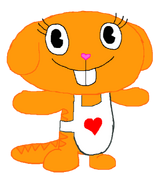 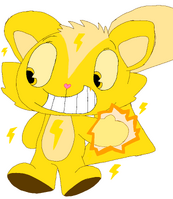 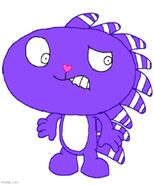 Cresto
Add a photo to this gallery

The Savanna is technically the most popular location in the series since almost every episode takes place in this location. Although, unlike Happy Tree Town, the Savanna is just an open field with no houses nor stores. It's only field with grass, trees, rocks, lakes, caves, and puddles

The Rainforest is a dangerous location many characters are not able to visit, if a character ever entered the place they will face huge threats such as spiders, snakes, posionous flowers and other various things that can happen in rainforests. Any character can easily get lost in the rainforest as well.

Lakes are a large area of water where characters usually hang out during hot days. Pygm, Flingy, and Croco are known to also swim around in the lakes.

The Desert is another tough location such as the Rainforest. Whenever a characters is in the desert they will face dangerous experiments such as dehydration, starvation, snakes, spiders, sand storms, tornados and also getting impaled by cacti. The only character that can survive in the desert is Campy.

Click here to view this page's gallery.
Add a photo to this gallery

Retrieved from "https://happytreefanon.fandom.com/wiki/Wild_Safari_Friends?oldid=394152"
Community content is available under CC-BY-SA unless otherwise noted.